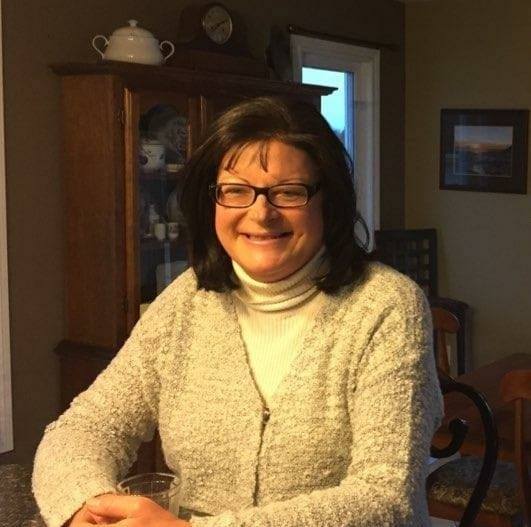 Vivienne has been helping out at St. Vincent’s for more than five years now as a team leader for the food bank on Wednesday evenings.

Vivienne’s team mates have nothing but positive things to say about her, and in fact Vic Wearn said that it was Vivienne’s role as team leader that prompted him to put his own name forward as a volunteer when the request went out.

Though Vivienne has struggled with her health of late, her team mates can’t help but comment on her positivity.

“Vivienne is very easy to work with,” said Vic. “She is always positive and pleasant which is amazing given her personal situation.”

Celia Graham echoed these sentiments. “Vivienne is very responsible and respectful but quickly sees the humour when things don’t go as planned,” she said. “Meanwhile, she finds a good way to move forward!”

Celia said that her best memory of working alongside Vivienne in the food bank is watching her work with a client in a difficult situation and gently guiding them to make a good decision.

So to Vivienne, the whole St. Vincent Place family says thank you for all you do here!

Are you able to donate some toilet paper to our food bank? 🧻 We've just run out.

Our office is open Monday to Friday 9:30 to 3:30 to accept nonperishable donations. ... See MoreSee Less

Using the figures we shared last week, the basic packages given out in our food bank contained approximately $90,300 worth of food.

If you missed that, check out the info here: www.vincentplacessm.ca/how-our-food-bank-works/ ... See MoreSee Less